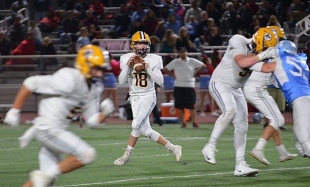 Emilio Simbeck would love to finish his high school career with a CCS title. Photo by Pam McKenney/Menlo Athletics.