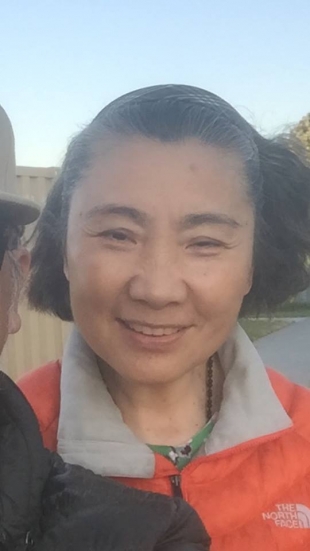 Thank you PA Online for alerting the community and do the Good Samaritan for getting involved. A great resolution.

Why are her irresponsible relatives allowing her to aimlessly go out in public? They aren't taking care of her? She should be in a nursing home, not home alone. What a waste of the public's time.

1 person likes this
Posted by Anon
a resident of Another Palo Alto neighborhood
on Dec 2, 2017 at 4:55 pm

"Why are her irresponsible relatives allowing her to aimlessly go out in public? They aren't taking care of her? She should be in a nursing home, not home alone. What a waste of the public's time."

There is an interesting CBC documentary regarding Alzheimer's featuring David Suzuki that was recently re-released on Netflix. Here is an article about it:

The documentary is a few years old, but, it is still a pretty good introduction for people who are unfamiliar with the condition.

3 people like this
Posted by CrescentParkAnon.
a resident of Crescent Park
on Dec 4, 2017 at 7:52 am

Another thing about the Palo Alto Police Department
is they really take issues like this seriously.

Our family thanks PAPD again for being fast,
professional and polite, they do a fantastic job
and almost always seem to exceed expections.

Please get a clue, Huh?. A lot of people that have
not grown up or had to experience real life just
seem to get off making callous comments about things
they have no idea about. I could go on at length
about these issues that I myself had no idea about
at one time, but somehow I think it would be wasted
on Huh?.

- Just to be clear, our experience was some time ago, but I have seen and heard
other comments from Palo Alto families about this as well.

Report Objectionable Content
Email Town Square Moderator
9 people like this
Posted by Experience
a resident of Palo Verde
on Dec 4, 2017 at 8:08 am

Until you live with someone who has had a form of dementia, it is impossible to really understand how difficult for the family living with someone with this condition actually is.

These patients living with family just cannot be left on their own ever. Even during the night it is possible that they can find their way out. Leaving a young teenager with a dementia grandparent is not a good idea. Taking a bathroom visit is not a good idea. Taking them on a simple outing may seem like a good idea, but just like a toddler who is able to bolt out of sight in a busy store, a fit dementia individual can be out of sight very quickly.

I wish the family as much help and assistance they need.