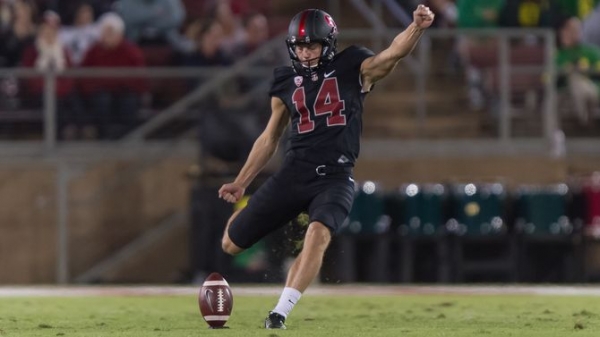 Jake Bailey punted seven times for an average of 50.4 yards per punt, including a career-high five punts over 50 yards in Stanford's win over Notre Dame. Photo courtesy of Stanford Athletics.