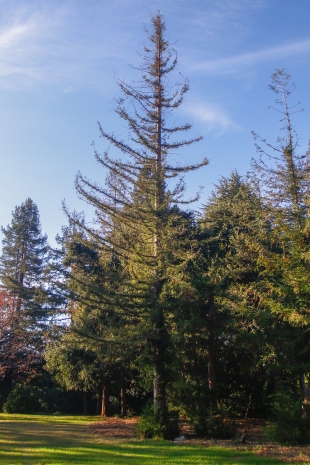 What a nice story! I must go now and look at this Memorial grove of Redwood trees that once, in their youth, near touched the stars. Redwood trees always breathe that feel of ancient wisdom and sturdy calm. Thank you Ms. Dorfmann for telling me about this.
Betty Jo

Cool! Wish they would've kept track of seedlings planted as would've been a great piece of history!

Regarding those initial paragraphs, I've personally been circling the Sun for over 60 years at speeds upwards of 66,000 miles per hour -- adds up to at least 35 BILLION miles. No wonder I am dizzy.