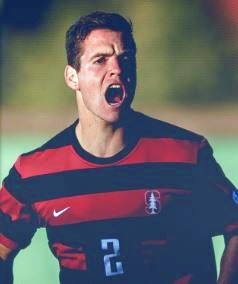 Foster Langsdorf scored in the final minute of Stanford's 2-0 victory over Coastal Carolina on Sunday. Photo courtesy of Stanford Athletics.