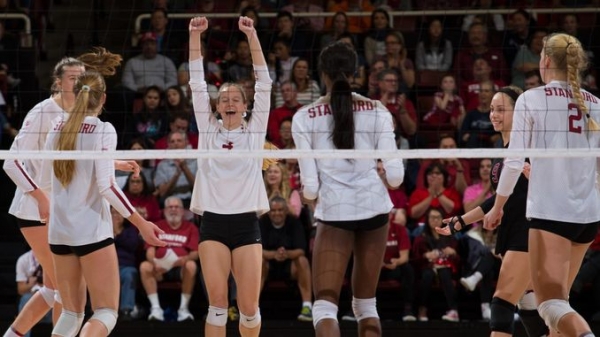 Stanford earned the No. 3 overall seed for the NCAA Volleyball tournament and will host matches on Friday and Saturday. Photo by Mike Rasay/isiphotos.com.