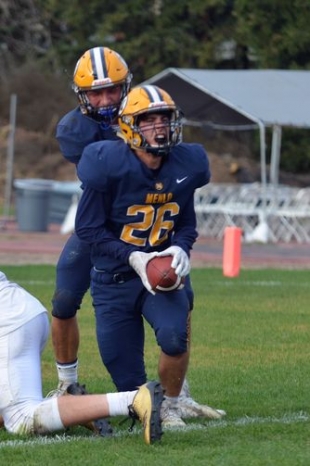 Jake Shiff scores to give Menlo its first lead of a 26-21 victory over Scotts Valley. Photo by Pam McKenney/Menlo Athletics.

Flying: How to lower your impact
By Sherry Listgarten | 9 comments | 2,025 views