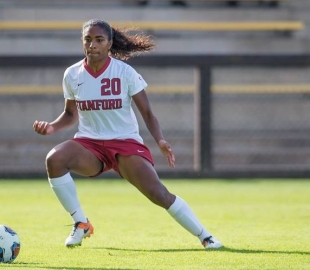 Catarina Macario got Stanford on the scoreboard in the second round with a free kick. Photo courtesy of Stanford Athletics.