From Italy to Palo Alto

The ins and outs of owning a restaurant, through the eyes of Rocco Scordella 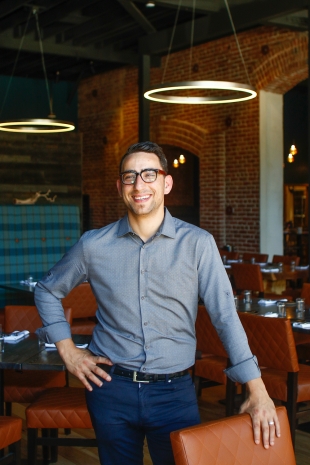 Rocco Scordella, the owner of Vina Enoteca and Tootsie's in Palo Alto, stands in the restaurant's main dining room. Photo by Veronica Weber.