Day of the Dead has its Day 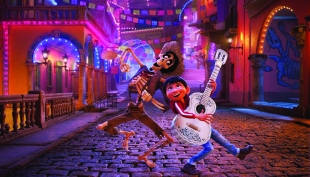 Anthony Gonzalez plays an aspiring musician who enters the Land of the Dead to find out the mystery behind his family's ancestral ban on music in "Coco." Photo courtesy of Walt Disney Studios Motion Pictures.