A pacifist's first-hand look at war 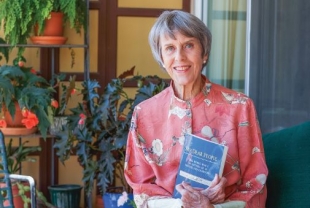 Palo Alto resident Constance Crawford has compiled letters written by her father Pvt. Ned Crawford nearly 100 years ago that chronicle his experiences during World War I, including the days following the armistice in November 1918. Photo by Ben Hacker

Sounds interesting and a good present for someone on my list.

I had the good fortune to attend a presentation about "My Dear People" that Connie made at Lucy Stern a few months ago. Her book is simply delightful, while never minimizing the impacts of the war on the other soldiers or the countries where Ned battled. I really enjoyed it and the up-close view of WWI from a mature, reluctant soldier. It would make a great present for anyone with an interest in wars or in a contemporary view of the second decade of the 19th century.

Please Apply So We Can Reject You!
By John Raftrey and Lori McCormick | 6 comments | 2,566 views

City’s “priorities” have become meaningless – and a waste of time
By Diana Diamond | 10 comments | 1,368 views