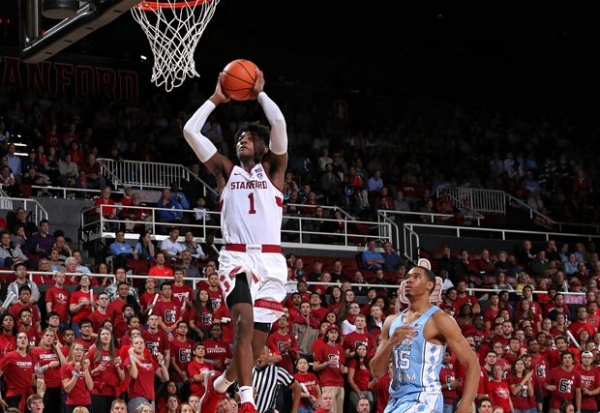 Daejon Davis gives Stanford (including a few women's volleyball players in the crowd) one of its highlights. Photo courtesy of Stanford Athletics. 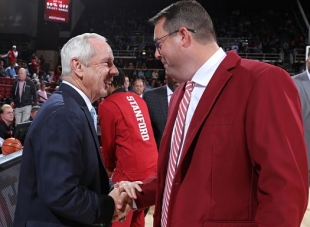