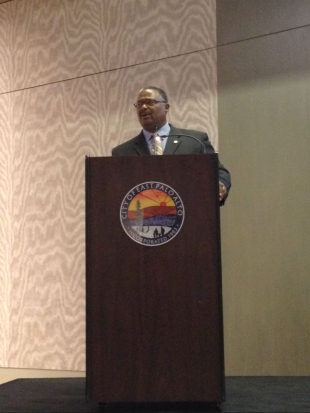 EPA is on the rise!

It starts with a booming downtown not a run down Auto Zone.

Once we get our Santana Row style shopping/living center on Bay and University the other corners will follow forming a prosperous town center.

An amazing testament to the power of free markets. Even the most blighted areas of Silicon Valley are enjoying the benefits of massive private investment. Hopefully, the state government will not swoop in to destroy it all.

Report Objectionable Content
Email Town Square Moderator
1 person likes this
Posted by Nobody
a resident of East Palo Alto
on Dec 3, 2017 at 10:52 pm

It is just me? Now if we comment something that this page will not like it will immediately erased! There is not free expression...

Please Apply So We Can Reject You!
By John Raftrey and Lori McCormick | 6 comments | 2,664 views

City’s “priorities” have become meaningless – and a waste of time
By Diana Diamond | 12 comments | 1,409 views