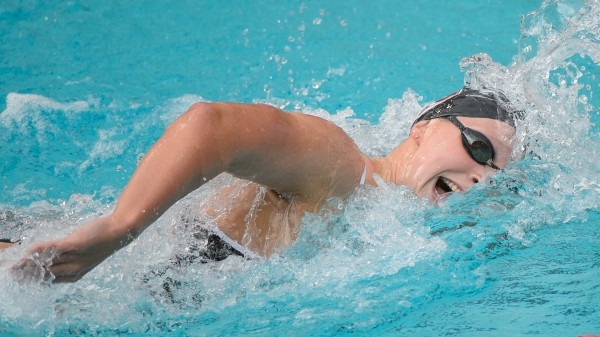 Stanford sophomore Katie Ledecky won four events at the Art Adamson Invitational and then received her fifth straight Female Swimmer of the Year honors at the Golden Goggles in Los Angeles. Photo courtesy of Stanford Athletics.