Around Town: racing to the rescue; cat calls 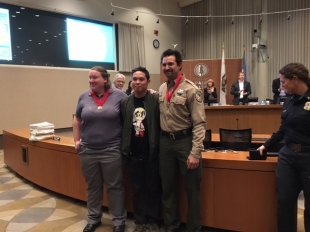 Wow, Kate and Robbie really are heros. Carlo, I hope you're recovering well. Let's hope none of you have to rely on defib in the future! Wishing you all a great Thanksgiving.

Officer Ken Cunningham is definitely the 'voice and action of reason' and a tremendous ambassador for the Palo Alto Animal Services and the City itself!!!! Thanks Ken. Now, go chase snakes.