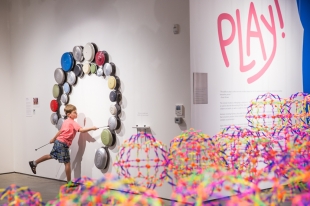 Mark Molchanov, 6, came from Mountain View with his mom to see "Play!" at the Palo Alto Art Center. Photo by Natalia Nazarova

Flying: How to lower your impact
By Sherry Listgarten | 10 comments | 2,077 views