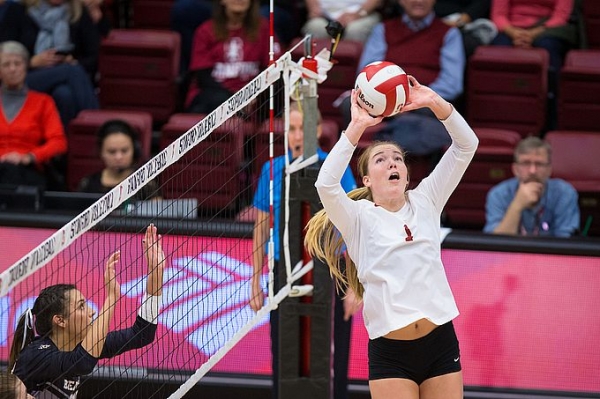 Jenna Gray paces the conference and is fourth nationally with 12.03 assists per set. Photo by Al Chang/isiphotos.com.