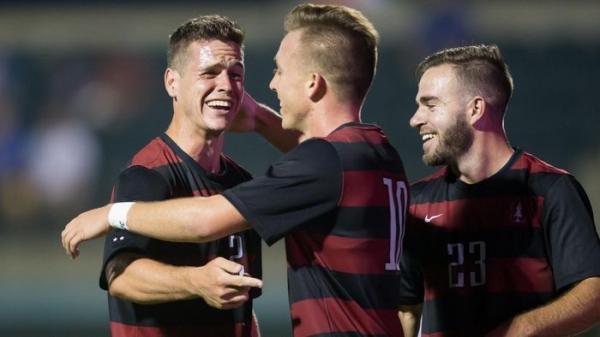 Foster Langsdorf (left) is congratulated by Corey Baird and Logan Panchot (23) on his record-setting goal. Photo by Casey Valentine/isiphotos.com