One agent's take on how tax changes may affect home values 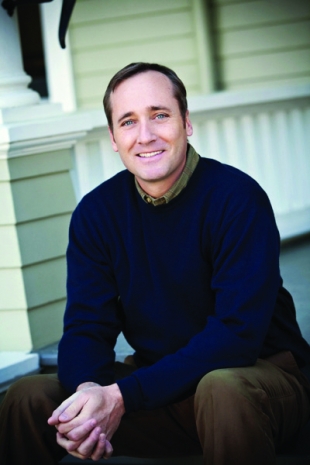 As a tax-reform bill gets debated in Congress, many of our buyers and sellers are asking our opinion on how these tax changes will affect local home values. With the caveat that everything on the table now is a proposal and subject to substantial negotiation, changes or even outright failure, here are my thoughts on the parts of the bill that relate directly to home values and how their passage may play out in local real estate.

There is an argument that two proposals will have a negative effect on local home prices. The first proposal limits the home mortgage deduction to $500,000 (current law allows mortgage interest deductions on homes up to $1 million). In the land of million-dollar-plus mortgages, this provision goes right to the pocketbook of Bay Area homeowners. That being said, most of these homeowners with a full million-dollar mortgage are looking at somewhere around an $8,000-a-year loss of tax benefit (using a 4 percent mortgage and the highest tax bracket), and mortgage brokers I've talked to don't see $650 per month affecting this crowd's home-purchasing power much.

The rise in the number of mortgages over $1 million in our local real estate environment in the last 10 years shows buyers' general willingness to continue to borrow over maximum deductible levels. Low interest rates definitely help reduce the bite on this change and higher future rates could make a difference, but the short-term effect should be more on buyers' psyches than their ability to spend.

The second proposal with a possible negative effect is the elimination of the state and local tax deduction. The current proposal calls for eliminating all but $10,000 of the deduction on property taxes paid on a home. A proposed Senate version announced on Thursday would eliminate all property tax deductions. This new rule hits the $1 million-plus home market square in the face.

Generally speaking, every purchase over $1 million in California will carry a property tax that will not be deductible. This change, added to the loss of the mortgage deduction, may be enough to adjust some buyers' purchasing power, reducing demand at upper price levels. In any event, the psychological effect on buyers will probably be felt in the short term as they adjust to the loss of the benefit.

In my 30 years in residential real estate, I can safely say nothing makes a buyer pause like the prospect of committing to a yearly property tax payment on an expensive house. With the larger financial commitment, his or her leap of faith will be a lot more difficult.

There is also an argument that these two changes coupled with a third could drive prices dramatically higher. Currently, homeowners can exclude $250,000 ($500,000 for married couples) in capital gains from their primary residence if they have lived in the home two of the last five years. The new proposed rule changes that capital-gains exclusion to five of the last eight years and homeowners begin to lose that benefit on a $1 to $2 basis as their income exceeds $500,000.  Much of our current rising home-price environment is due to lack of supply and many attribute that to the flat-out refusal of many potential sellers to pay capital gains on house sales. Tightening up the capital gains exclusion rules, creating an owner class with a grandfathered mortgage-deduction benefit and making the prospect of a new higher property tax on your next house bite even harder gives three big-dollar reasons for people not to sell. Less inventory equals higher prices.

Should you do anything now?

Watch the effective-date timelines on these proposals. If you don't have a million-dollar mortgage but could, maybe you should arrange to get one now. Under the current proposal you are too late to do that, but the effective date (Nov. 2, this year) could change. If you prepare to move quickly, maybe you can slip your grandfathered status in before a negotiated end-of-year date. If you're thinking about selling in the next couple of years and don't have capital-gains exclusion status under the new rule, maybe you should try to get a sale done before the new rule becomes effective as well. Talk to your tax professional and ask him or her to keep on eye on whether the effective dates move as the guaranteed horse-swapping begins.