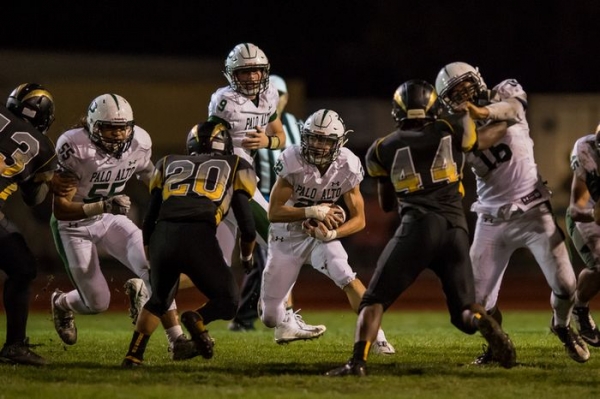 Aiden Chang rushed for 95 yards and set up Paly's touchdown with a 63-yard gain. Photo by Karen Ambrose Hickey. 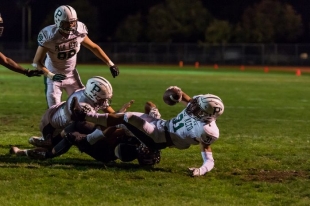 3 people like this
Posted by Concerned Paly Citizen
a resident of Community Center
on Nov 10, 2017 at 8:27 am

We chose to run and executed it? Maybe you executed the run on the play where Aiden Chang broke away, but otherwise I’m pretty sure Wilcox had an answer for the running game. Why we don’t choose to pass more (other than on 3rd and long) is what was baffling all of the people in the stands, on this night and frankly on every other night. Our lack of commitment to the pass has meant that our passing attack is never able to find its rhythm and it allows other teams to focus on stopping our running game, so our play calling is hurting both elements of our offense. This was a winnable game! This team’s record is not an accurate reflection of the talent on the field as much as it is a reflection of the judgement and play calling on our sideline. Peace out

Maybe they are consistently inconsistent throwing the ball? Seems to be what the stats say...