CCS football playoff spots are up for grabs this week 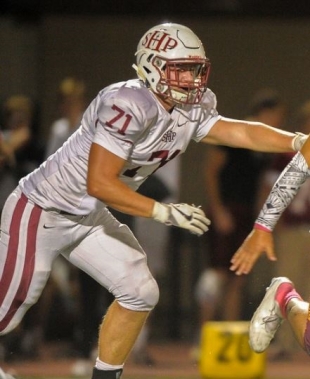 Sacred Heart Prep lineman and co-captain Robert Thompson will have an impact on Friday's game against Half Moon Bay. Photo by Bob Dahlberg.