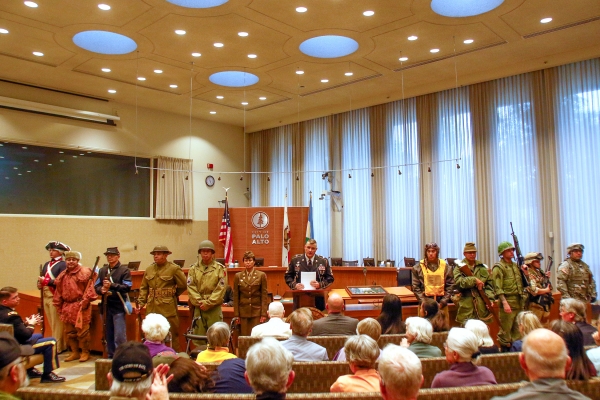 The Honor Guard of Team Valkyrie, the U.S. Army's 63rd Regional Support Command Colonial Color Guard Historical Recognition Team, stand before the audience gathered at the Palo Alto City Council Chambers dressed in uniform as soldiers from wars the U.S. has fought in over the years for the city's Veterans Day recognition event on Nov. 6, 2017. Photo by Veronica Weber. 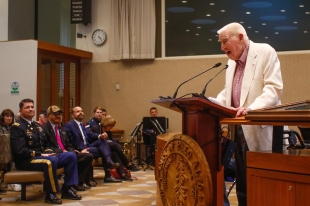 Capt. Joe Graham, who served in the U.S. Army in World War II in the 781st Tank Battalion, shares his experiences from the war during a Veterans Day recognition event on Nov. 6, 2017. Photo by Veronica Weber.

Thank you Palo Alto for celebrating and honoring our veterans. With much appreciation.

What Local Teens are Saying
By Sherry Listgarten | 19 comments | 2,908 views