Parents, local hospitals turn out in support for project 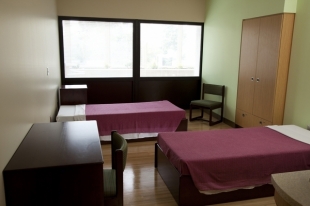 Yes, the youth inpatient psychiatric hospital discussed at the BOS meeting today is a great aspiration. However, it will be many years in the making, at best. I’m surprised that the Palo Alto community is not looking to our children’s hospital to start admitting children who need short-term inpatient mental health care. The newly expanded LPCH Stanford will more than double the size of the hospital but will still not provide a single bed to help a suicidal teen? LPCH has the means and expertise to help our children now. Is it not wrong that they turn away all children who are having a mental health crisis? It’s a hospital for children!

I could not agree more with Sarah1000! Lucile Packard is great at talking the talk (what a lovely sound byte by Sherri Sager) but has consistently refused to walk the walk. Why won't they take the (obvious) step of allocating some of their lovely and expansive new space to kids with psych illness? Hmm, let's think really hard. Could it possibly be that they don't want to deal with the hard psych cases - the kids with "behaviors" (a dirty word at LPCH) - because their nurses hate dealing with them and they just lose the hospital money? It doesn't take a brain surgeon to connect those dots. NIMBYism at its worst. The real question is why the community has let them get away with it for so long.

RaeyaJ- Thank you for the support but I would like to clarify that I am in support of inpatient psych services at LPCH because of the wonderful care and support my daughter received there during her treatment for a neuro-muscular disease (especially from the nurses). Also, I believe that it is a misconception that suicidal teens have extreme behavioral issues. Teens who are extremely depressed often lack the energy to perform everyday tasks such as attending school or showering. Just getting out of bed can be a challenge for them.


It is interesting that I can find no article on PA Online that explains why the county turned down proposals from El Camino Hospital/Kaiser/Packard for an adolescent treatment facility. Please provide a link if you can find one.

I also think it is unconscionable that Stanford Hospital does not have an in-patient mental health ward in their remodeled presumably world-class children's hospital. I guess the only "community benefits" that count are those that are profitable to Stanford.

Elena Kadvany is a registered user.


Hi Marie - LPCH, El Camino and Kaiser responded to an initial "Request for Information" but not the later "Request for Proposal." The RFP ultimately failed because it was too costly to develop this kind of facility. See two articles below:

Report Objectionable Content
Email Town Square Moderator
9 people like this
Posted by Stanford thinks adolescent mental health care is too expensive to support?
a resident of Duveneck/St. Francis
on Nov 8, 2017 at 1:19 pm

Stanford thinks adolescent mental health care is too expensive to support? is a registered user.


Seriously, Stanford can't afford an inpatient facility for teens? In 2013, the "non-profit" Stanford hospital was third most profitable hospital in the country with profits of $224.7 million. They can't plead poverty.

Report Objectionable Content
Email Town Square Moderator
6 people like this
Posted by Been there
a resident of another community
on Nov 8, 2017 at 7:32 pm

Parents,
While I also support the great care that the Packard Children's hospital provides, you have no idea of what is required of a true psychiatric facility. My son tried to commit suicide at age 12, I drove him to LPH where he was assessed and transferred to John Muir hospital in Pleasanton by ambulance. I was not allowed to ride with him and was told by John Muir admitting I should not show up till the next day (now 9 pm). Psych facilities are locked facilities. Shoe laces, hoodie strings, anything sharp is removed, no matter what the issue. No one can enter without permission and patients cannot leave--it is a very nice confined facility. For suicide risk kids, someone site =next to the bed all night long with a hand on the child's leg or arm. This in not a "normal" hospital environment but is set up to protect the child from whatever the issue is. It is truly another world....but one that is sorely needed. I had to drive almost 2 hours each way to "visit" him during their visiting hours--strictly enforced. And he was there for 2 weeks. Local beds are sorely needed but they are very special beds and confinement buildings and cannot be "shared" with other medical issues--that is why it is so expensive.

Report Objectionable Content
Email Town Square Moderator
5 people like this
Posted by Been there
a resident of another community
on Nov 8, 2017 at 7:48 pm

As a follow up to my post: what I described may seem extreme, BUT if you have had a child who was at risk of suicide, you would be VERY grateful for what these locked facilities can provide, and the caring and compassionate workers who work tirelessly to keep your kids safe are invaluable. They provide the lifeline that your kids need--think of it as in intensive care unit for the mind.

Report Objectionable Content
Email Town Square Moderator
5 people like this
Posted by Sarah1000
a resident of Los Altos
on Nov 8, 2017 at 8:40 pm

Been there- My son spent ten days in Mills Adolescent Psychiatric Unit in San Mateo when he was 17 and in the midst of a major depressive episode. A typical Mills room is pictured at the top of the above article. Very bare in comparison to a room of a child who has undergone a transplant, for example. No expensive machinery, no expensive medications. Please remember that LPCH is not like a typical adult hospital either. They treat very complex cases. Even children who need to be in isolation.