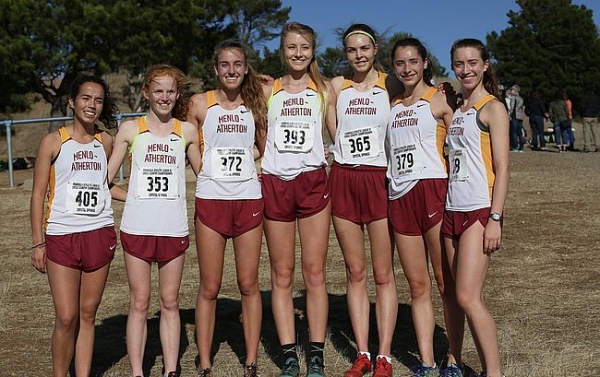 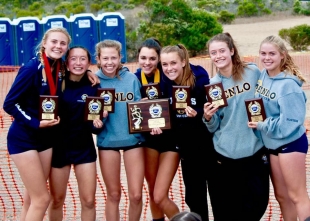 There is no mention of Anna Mokkapati, the individual winner of the WBAL league championship? Anna Mokkapati won all three league meets and is a local girl who lives right here in Woodside. I hope to see more objective and unbiased reporting in the future.

My daughter runs in the same league as Anna Mokkapati. I had the opportunity to talk to Anna at one of the meets. Anna is very sweet and encouraging towards other runners. It’s a shame that all her amazing accommodations weren’t mentioned at all here.

RickEymer is a registered user.

Until I received an e-mail just this morning, kindly writing that Anna lived in Woodside, I was completely ignorant of the fact.

I used to be able to look these things up in a phone book. Not knowing where people live is my ultimate character flaw.

We do run as complete a scoreboard as we can and I know for a fact that this young woman has been mentioned at least four times in Palo Alto Online Sports this fall; three times in the scoreboard, when she won the three league meets, with her time and school affiliation, and once in a story.

Obviously, moving forward, knowing this added piece of information changes everything and perhaps I can change my image as a cruel ogre.

Report Objectionable Content
Email Town Square Moderator
3 people like this
Posted by Anonymous
a resident of Menlo Park
on Nov 7, 2017 at 9:47 pm

Since everyone is writing about Anna Mokkapati here, I want to write about Rick Eymer. Firstly, he is not a biased reporter because he covers all of his AREA that PA Daily/Weekly covers. As mentioned before, Rick covers the school, not the individual resident. I am very surprised at the ignorance of the readers above. Yes Mokkapati is a sweet kid, etc but that is not the point here. And Rick did not need to write a back up story, but he did because that's the type of reporter he is.

The fact that Rick covers all the sports, including the less popular ones like XC should be a blessing. Also if you noticed, Rick usually mentions in his AOTW interviews that he usually selects the athletes that really help their team, not just individuals. Lastly why did Rick have to write about a club team in a high school season. This is a high school season, not a club xc season. There are plenty of athletes that run in local clubs that are not mentioned who are residents of PA Daily circulation as well. Again, this is not the point. A huge thank you to Rick Eymer for doing a fantastic job after Keith Peters retired.