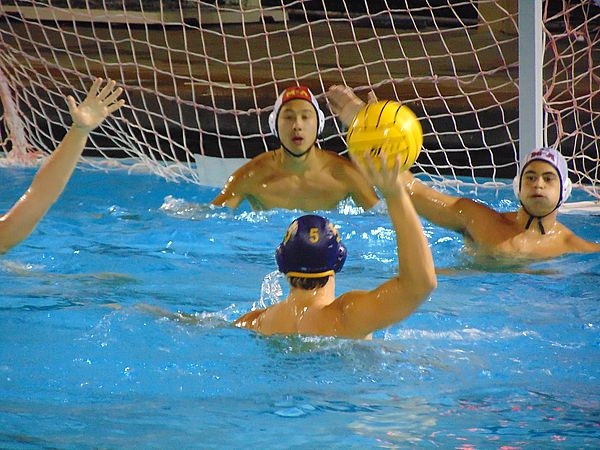 Noah Smith faces a shot from Miller Geschke in Menlo's 5-4 win over M-A. 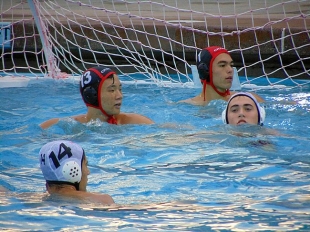 Every article I read about water polo goalies has Bowen referenced. He seems to have coached every top goalie in Nor Cal. Hadn't an idea he'd written a book on it too. No wonder..