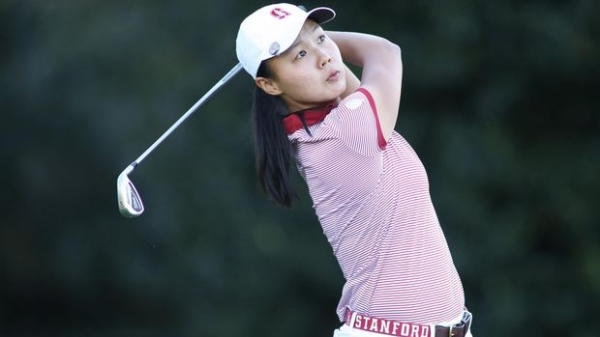 Ziyi (Emily) Wang was one of two Stanford golfers to win their matches on Wednesday. Photo courtesy of Stanford Athletics.

The Cardinal got off to a strong start, as sophomores Albane Valenzuela (above) and Ziyi Wang posted decisive wins. Photo courtesy of Stanford Athletics.