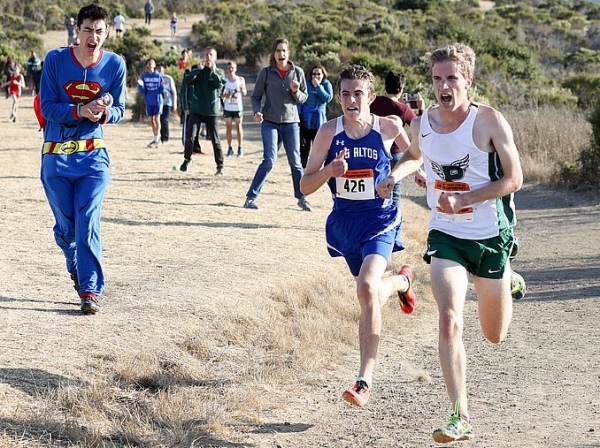 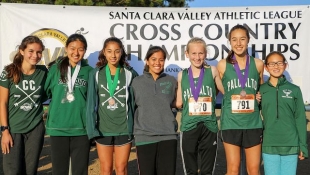 Even without Julia Doubson, Palo Alto pulled together to win the SCVAL team title, its first since 2005. Photo by Mark Foster.