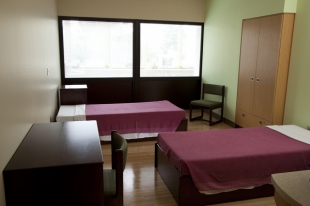 8 people like this
Posted by Judith Wasserman
a resident of Leland Manor/Garland Drive
on Nov 2, 2017 at 11:47 am

Judith Wasserman is a registered user.


This is a badly needed facility. I hope they do a better job designing the rooms, though.

I think this is very necessary and am surprised the the Children's Hospital in Santa Clara County does not see this as a required service. You cannot claim to be the experts and then shirk responsibility for the mental health care of children and adolescents. The LPCH Board should step up to the plate. You either are committed to children's healthcare needs or you are not or you have to believe that mental illness is not a healthcare need. Ridiculous.

A lot more than just a new facility is needed. The current system has people of all ages and backgrounds in a prison-like room (there's no escape and the police are ever-present) where they are observed (staff with clipboards watch and take notes) until released - no sooner than 24 hours. The unpleasant staff do not interact with the "inmates" unless they are administering meds. I spent 30 hours in the Santa Clara Valley Medical facility and it was the worst experience of my life. I was very depressed and placed on a suicide hold, but instead of being treated with kindness and compassion, I was treated like a criminal who had committed a crime, and was locked up in prison and punished.

A new facility for teens would be nice, but a more nurturing and less punishing environment is desperately needed. How are those teens supposed to heal if they're treated like criminals because of mental health issues?

Report Objectionable Content
Email Town Square Moderator
3 people like this
Posted by cvvhrn
a resident of Midtown
on Nov 4, 2017 at 12:35 pm

cvvhrn is a registered user.


This is a good start but much more is needed. As a nurse in a local hospital I am all too aware of the non existent options available for children and teens.

Yes, this lack of teen inpatient beds is critical, according to staff at Children's Health Council, especially for their medicare families.