Pair were trailing children in a dark-colored, older-model car 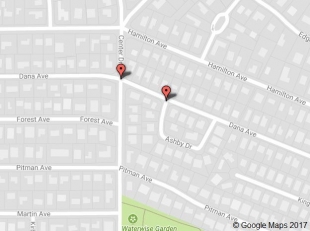 A 12-year-old boy walking with two of his friends on Dana Avenue were faced by two teens who robbed him of his shoes while seeking help on Ashby Drive on Oct. 20, 2017. Image courtesy Google Maps.

close the Newell bridge to cars is a registered user.