Jonathan Bedolla, 17, has been missing since Thursday 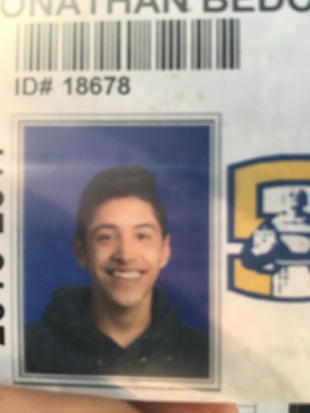 37 people like this
Posted by Resident
a resident of Another Palo Alto neighborhood
on Oct 30, 2017 at 9:40 am

Has there been any developments since this was posted last night?

I have seen it on social media.

There was another local teen missing for a couple of days last week and social media seemed to say she was found safe. I hope this is not the beginning of another trend.

I hope he is found safe. Prayers for him and his family.

I pray that Jonathan will be found safe and come home to his family. This must be a very frightening time for his family and I would implore the community to take note and think about anything you may have seen that might help.

This young man was last seen in Palo Alto and Menlo Park, so I would expect a lot of support from the local community!

Report Objectionable Content
Email Town Square Moderator
25 people like this
Posted by Maria Magana-Lopez
a resident of East Palo Alto
on Oct 31, 2017 at 9:27 am

As of this morning 10/31/17 at 9:25am. Jonathan has not been located. He is my cousin and this is a very real scary situation for all of us. Please continue to pray for him and share the posts on FB about his disappearance. Thank you. Maria

Report Objectionable Content
Email Town Square Moderator
6 people like this
Posted by Thinking of you
a resident of Duveneck/St. Francis
on Oct 31, 2017 at 3:45 pm

Thinking of you is a registered user.


Jonathon and our family are in my thoughts and prayers. I hope he will safely return to you.

Report Objectionable Content
Email Town Square Moderator
5 people like this
Posted by Anke
a resident of Mountain View
on Oct 31, 2017 at 7:12 pm

@Maria, you and your family must be beside yourselves!! Praying for all of you and for Jonathan's safe return.

Report Objectionable Content
Email Town Square Moderator
6 people like this
Posted by Pacific.earth@earthlink.net
a resident of Adobe-Meadow
on Nov 3, 2017 at 10:41 pm

I am the mother of a Serra freshman. Please tell us what we can do to help find your son. We are praying fervently for his safety. Kerry

To Jonathan's Parents
Any updates on the whereabouts of the Missing Teen?
Could we have a Candle Vigil and pray for his return?

To Jonathan's Parents?
How can we get in touch with you, to help?
Como podemos contactarnos con usted para ayudarles?

I am glad he was found. Parents should have written a message to the community too.
Jonathan, next time contact your parents to let them know where you are. You have the community all worried about you. I am glad you are alive and back with your family.

I'm glad, too! Just got the news a moment ago.

Please Apply So We Can Reject You!
By John Raftrey and Lori McCormick | 6 comments | 2,737 views