Stanford women one win from another Pac-12 soccer title 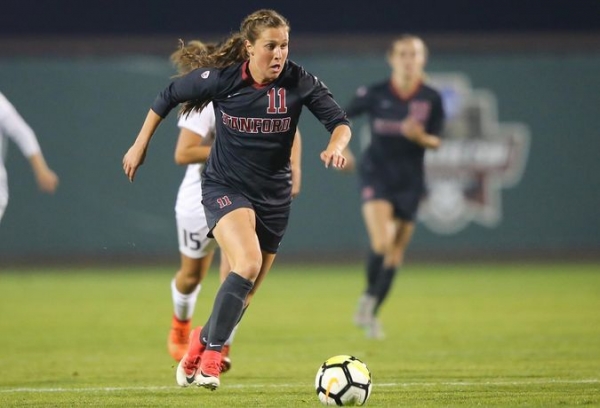 Jordan DiBiaso scored the only goal of the game as Stanford edged UCLA, 1-0, Thursday night. Photo by Erin Chang/isiphotos.com.