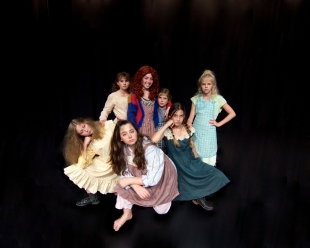 Playing orphans in the cast of "Annie" are, in back, from left, Megan Branstad, Rebecca Louderback, Brynn Ayoob, Ava Ricci, Katelyn Nightengale and Kate Cornyn. In front is Samantha Ayoob. Photo by Stephanie Maysonave.

I saw this last week, and ther performance by Jessica LaFever is worth the ticket price alone! Its a great show!