Khan's 'Until the Lions' gives female characters a voice 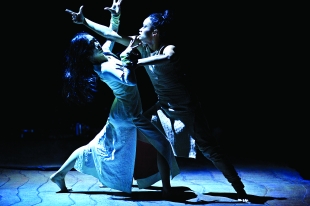 Akram Khan's "Until the Lions" uses Indian kathak, modern dance, martial arts and live music to tell an excerpt of the ancient poem the Mahabharata during two exclusive Bay Area performances at Stanford on Oct. 27 and 28. Photo by Jean Louis Fernandez.

"Until the Lions" 's healthy skepticism certainly applies to HIStory which in the main is loaded with the lies of silence vav women and non-Europeans and wars. So many people I know have swallowed their grade school and even collegiate versions of HIStory was if it were whole and sufficient. Very few have taken the time to question and research and read alternative versions of the march of events and cultures.