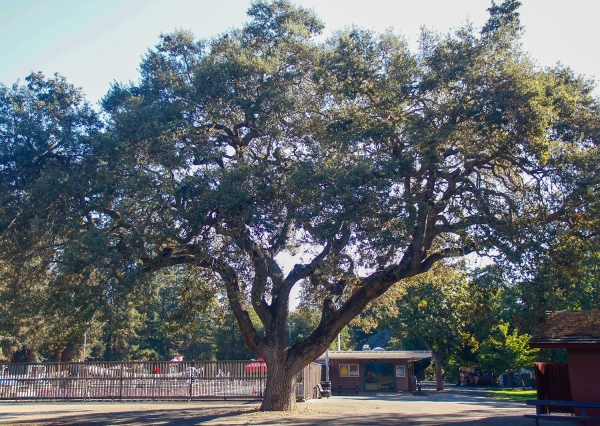 Rinconada Park is full of oak trees, including this one which grows next to Rinconada Pool. Photo by Veronica Weber. 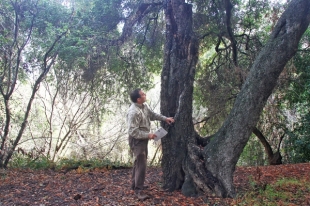 While we may love our trees, I'm not so sure trees may not love us.
Be sure not to stand under any branches while counting.
They've been known to drop on folks lately, with little or no compassion

It's true, "Baron Park", once in a blue moon a limb may fall, but think of all the trees giving us their glorious shade on a day like today.

Miriam Palm is a registered user.


Please count the two in our yard. I can tell you exactly when they were planted: I was in third grade (1953) and tossed acorns around our yard. My dad did not pull up the two we have that are now big trees. They have been treated for oak disease.

Where's the photo of this obviously intelligent and thoughtful woman quoted throughout the article? We all know the City's Urban Forester who gets a photo, but he's nowhere in the article.

Flying: How to lower your impact
By Sherry Listgarten | 11 comments | 2,556 views