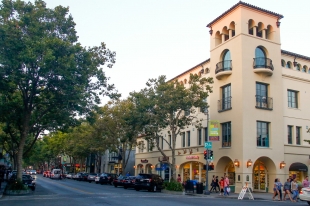 The downtown Palo Alto Walgreens was one of three stores hit by a thieves who took allergy medication on the night of Oct. 22, 2017. Photo by Veronica Weber.

Flying: How to lower your impact
By Sherry Listgarten | 19 comments | 3,144 views