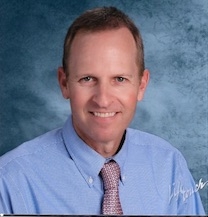 This is great news for Barron Park! Mr. Goddard is a child-centered, effective administrator....great choice!

Is he still working at associate superintendent at MVLA?

5 people like this
Posted by Mediocrity defined
a resident of Another Palo Alto neighborhood
on Oct 27, 2017 at 4:22 pm

Eric Goddard was a crony of Scott Bowers, that cannot be denied. It is at best suspicious that he is back as a PAUSD principal. I, too, thought he was climbing the ranks in Mountain View Los Altos, how the heck did he get back to PAUSD? That is never a good sign. Did he go through the interview process? Is he on loan from the other district? I am worried that Bowers and Kevin Skelly have helped set this up in the background. Eric Goddard is a nice man, in no way should he be back at PAUSD, he simply was not a good enough leader at Fairmeadow or in the district office. Are there are administrators out there we can hire that can do more than push papers and take up space?

Flying: How to lower your impact
By Sherry Listgarten | 10 comments | 2,539 views