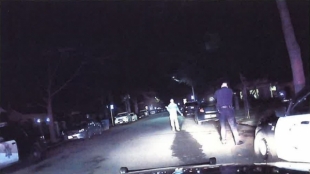 US police are taught to rely on guns when dealing with violent opposition. US police should study how UK police handle people brandishing knives, eg, with faceplates and shields. Appropriate response will cut down on needless citizen deaths.

4 people like this
Posted by PAPD Continuous Improvement
a resident of Duveneck/St. Francis
on Oct 25, 2017 at 4:32 pm

I want to commend the Palo Alto Police Department's efforts to improve their officers training in de-escalating violent situations, expanding non-legal force equipment, training officers in crisis intervention and providing an upgraded firearms training simulator to better prepare officers. Your continuous improvement of the PAPD organization is key to ensuring our public safety and to trying to minimize the future use of force. Thank you.