New grants will be awarded to nonprofits near Facebook's headquarters 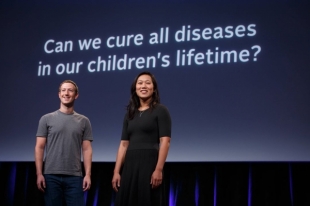 The Chan Zuckerberg Initiative will be providing grants between $25,000 and $100,000 to nonprofits and schools neighboring Facebook's headquarters. Photo courtesy Facebook.

I used to live in the Willows neighborhood of Menlo Park. It was very affordable for the area, until Facebook moved in and grew like mushrooms.

This initiative is pennies from the tremendous profits Zuckerberg has made. It is only a consumer relations ploy to allow for their pending exploding expansion, and to relieve his personal guilt for displacing all the original residents of EPA and East MP.

How many homeless will get a home with $100k grant?
It costs $20k a year to rent a studio so small that it feels like a jail cell.
This is just a facebook ad in 'news article' form.

Please Apply So We Can Reject You!
By John Raftrey and Lori McCormick | 6 comments | 2,553 views