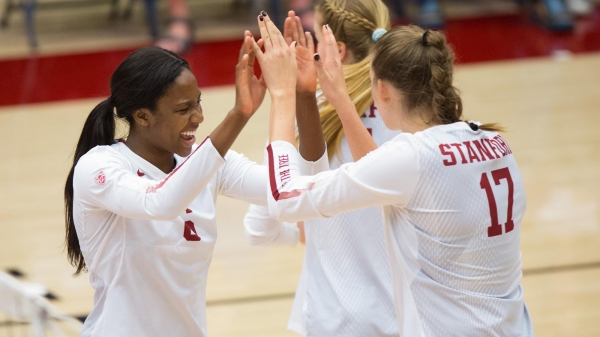 Tami Alade (left) and Merete Lutz are happy about getting a point. Photo by Erin Chang/isiphotos.com.