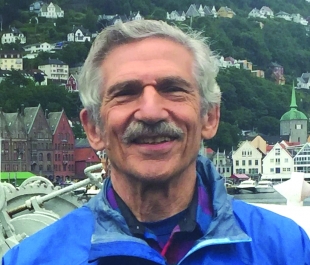 Last I looked, trains need tracks to take them places. We got all the tracks we're gonna get, which is less trackage than when Lincoln was president. Tracks gotta go where riders wanna go, or no riders. No riders, no trains.

So keep on truckin', Elon.

Moving people around on a one dimensional rail system with modified freight cars is not part of Musk's vision.

"We need to facilitate commutes from south of San Jose so that housing pressure will be reduced and industry can flourish."

Or maybe we need to facilitate moving companies that have outgrown Palo Alto to places like San Jose that want the growth. People need to get around for more than just going to work, and we simply don't have a political system that will ever produce, say, the Swiss rail system. The destruction of any reasonable traffic circulation to accommodate every company that wants a Palo Alto address is stupid, environmentally unsound, and not even safe. San Jose can accommodate a lot of growth and wants it. Stanford U is our neighbor and cannot move the way companies like Facebook can when they grow.

Musk has the right idea - smart trucks will save lives.

Report Objectionable Content
Email Town Square Moderator
3 people like this
Posted by musky intern
a resident of another community
on Oct 22, 2017 at 11:12 am

The reality is the the commuter rail and light rail systems are already 20 years obsolete.
Progress is the real answer and the progress is in all renewable all electric transportation everywhere all the time.
Hyperloops, high speed electric trains, flying passenger drones, busses and cars.
The disasterous and short sighted politics of greed and self promotion have already taken front seat in this ride.The goal of not only Silicon Valley but also US policy should be introduced to the world that for all freight and public transportation of large numbers of people that the political will to disassemble the fossil fuel industry's chokehold on the expansion of the renewables industry has to be the Gov'ts highest priority. Set the example for others to follow or be lost to MIC and the middle east dictating the destiny of the US, all of us can get anywhere we want to go if we truly detach ourselves from the Petro-chem solutions being offered by the PTB and the staus quo to solve our highest priorities, economically, socially and politically. Funding these transitions to renewables is the only way to prevent the utter collapse of civilization. Pain and discomfort always accompanies disruption but without short term pain there is no long term gain,
and growth ceases to occur across all markets, cultures and societies...

Tesla's mission is to reduce emissions. Freight trucks account for 20% of the greenhouse gas emissions in the transportation industry (passenger cars are 60%). This industry accounts for 34% of all emissions in the US. Those are big chunks.

It is in our far, far greater longterm interest that they continue to convert both of these subsets of the transportation industry.

Report Objectionable Content
Email Town Square Moderator
12 people like this
Posted by Pat Burt
a resident of Community Center
on Oct 22, 2017 at 1:10 pm

Pat Burt is a registered user.


Musk is pursuing Tessa trains on two fronts.
First, Tesla and SpaceX are sponsoring design competitions among the firms developing hyperloop technologies based on the open source design that Musk provided four years ago. The progress on that technology appears to be accelerating rapidly with the leading company now using a full scale test track for its validations. Richard Branson just became a major investor in them.
Second, Musk announced his tunneling company last year and they have very recently begun a first 10 mile tunnel for hyperloop under a Maryland state freeway allowed as a utility easement with the intention that it will become a 35 mile tube between Baltimore and D.C.
It appears that the technology is on pace to achieve a stated goal of full scale proof of concept within 1-2 years and a resulting global shutdown is high speed rail investment. Hyperloop is planned to run at 3X the speed of HSR and faster than jets, lower capital cost than HSR and a fraction of the energy required for HSR or jet travel while able to be run on clean electricity.
They still have a lot to validate, but the technology is looking more feasible and within a reasonable horizon.

Report Objectionable Content
Email Town Square Moderator
5 people like this
Posted by Curmudgeon
a resident of Downtown North
on Oct 22, 2017 at 1:26 pm

"They still have a lot to validate, but the technology is looking more feasible and within a reasonable horizon."

We KNOW the technology is feasible. It was fully demonstrated 40 years ago and is being built in developing countries like China.

What is not feasible in politically senescent America is the will to invest in infrastructure, which has been stalled in the USA since the Interstate system was completed in the early seventies. Private investment is good, but can Musk find enough people in DC who are in a big hurry to get to Baltimore to make the system financially viable?

Report Objectionable Content
Email Town Square Moderator
9 people like this
Posted by Lmao!
a resident of Crescent Park
on Oct 22, 2017 at 3:12 pm

Haven't you learned yet? It's not about needs, it's about what Elon wants! No one needs to space travel. No one needs a Model S. Everyone needs clean water, but I bet Elon doesn't give a second thought.

Report Objectionable Content
Email Town Square Moderator
7 people like this
Posted by Resident
a resident of Another Palo Alto neighborhood
on Oct 22, 2017 at 4:39 pm

There's a lot of interesting comments here. I have a couple of comments.

First, just because one innovator is looking in only one direction it doesn't follow that someone just as innovative isn't doing the same thing elsewhere. There's a lot going on about improving drinking water around the planet, just not by someone with a famous name. So don't blame Elon for drinking water when it isn't his thing.

Second, if you look through history, there are just as many inventions that end up being dead ends as those that make it. Trouble is, nobody knows which are the dead ends and which ones will work and become the norm. Remember 8 tracks and beta tapes? It could be said that without failures nobody is going to try again and find something else that will work next time. I would rather see a few failed enterprises than no enterprises at all.

My own thoughts are that programmable pod cars on tracks would make good sense for commuting, but I'm no expert and wouldn't have the foggiest idea how to make it happen. I just like the fact that there are those out there who are willing to put their vision into reality and if they make the world a better place if they succeed then we need them to try. Along the way there may be some expensive mistakes too. If everyone was too cautious or afraid to try we wouldn't get very far.

The world needs more boffins! Some will succeed and some will fail. Long live the boffins!

Report Objectionable Content
Email Town Square Moderator
4 people like this
Posted by Alternative View
a resident of Adobe-Meadow
on Oct 23, 2017 at 11:30 am

Good Op-Ed! Can someone please let the public know why freight gets the right of way at night? What is being transported to and from San Francisco that up to 3 freight trains run a night. Too, more commuter service at night could transport thousands of service workers, custodial, etc. that clean giant tech complexes along the peninsula corridor – not just offer people an alternate ride to and from cultural events.

However this said. Walking or riding a bike from the North and South track for up to two miles to their destination also causes consternation and a major reluctance on the part of the would be commuter. As soon as one gets into our automobiles, we've lost the use of our legs.

By the time the commuter electric train is running, driverless cars will carry people to and from the rail backbone.
Economical passenger service into the wee hours is practical, because a single electric car can run every quarter hour, when multi-car trains become ridiculous.


Report Objectionable Content
Email Town Square Moderator
9 people like this
Posted by Ahem
a resident of Another Palo Alto neighborhood
on Oct 23, 2017 at 7:16 pm

If you are already in a driverless car, why would you take it to a train station? Why not take it all the way to your destination?

There is probably no place to park at the train station and you are probably going to have to catch another car at the end of the line to get to your final destination. Maybe you can ride a bike (if you brought a bike along in your driverless car), or you could walk, but to get to a typical destination you need to employ three modes of transportation to take one trip. Each change of mode involves a delay of 10-15 minutes.

One-dimensional trains just can't compete for efficiency with two-dimensional modes of transportation. Caltrain serves less than 1% of the peninsula's population. People voted with their feet a long time ago and Caltrain lost by an overwhelming majority.

Report Objectionable Content
Email Town Square Moderator
2 people like this
Posted by Sunny
a resident of Crescent Park
on Oct 24, 2017 at 9:55 am

We need to improve our local transportation infrastructure before adding high-speed rail, which will do nothing to alleviate traffic on our overly congested streets. High-speed rail won't improve the train system we currently have as the San Jose to San Francisco portion is piggy-backing on the system already in place. It's not improving how we get to a train station or how we arrive at our final destination after arriving at the train station. We need a better bus/light rail system that will actually take us to where we want to go in a timely manner, like in Europe where cars are not needed to get around. That's where our money needs to go.

High Speed rail is nothing more than a giant housing project sold as a transportation project - it's about new housing made to look attractive because of its proximity to high-speed rail that will take them to San Jose and San Francisco. Wake up people!