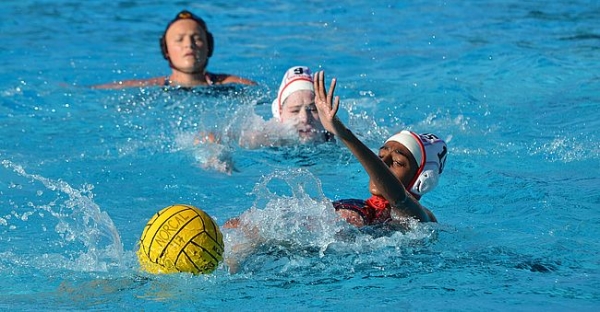 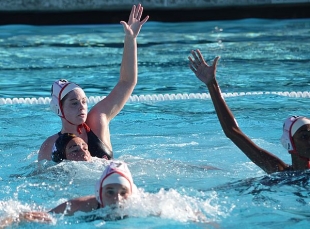 Claire Pisani (left) holds her ground for the Gators. Madison Lewis (forefront) is looking for someone to guard and Anjali Kambham has the right flank. Photo by David Lewis.