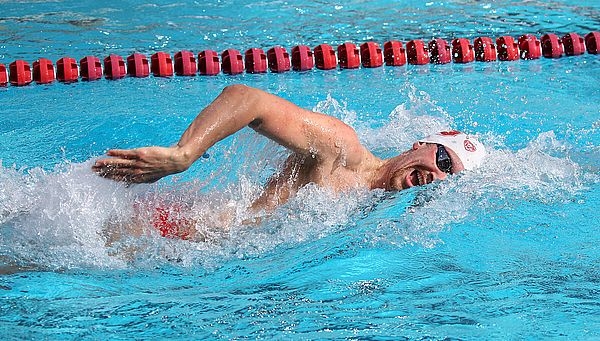 Liam Egan won a pair of events for Stanford in Friday's Pac-12 meet at Utah. Photo by Hector Garcia-Molina/Stanford Athletics. 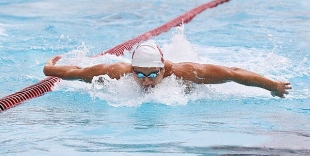 Paly grad Andrew Liang swam a leg of the 200 medley relay and scored points in other events Friday. Photo by Hector Garcia-Molina/Stanford Athletics.