District had considered bringing in a retired administrator or outside hire 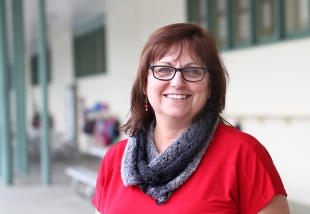 8 people like this
Posted by Desperate times
a resident of Another Palo Alto neighborhood
on Oct 21, 2017 at 12:53 pm

Anne Brown is a nice person, of decent character, but it is difficult to ignore that she was moved to Barron Park from Palo Verde for not the best of reasons, and that she came to PAUSD with less than stellar goodbyes as one of a few HR Directors in Cupertino. The quality of our administrators is continuing to fall, maybe an argument could be made that it is simply stagnant, but either way, I do hope that Anne's position is truly interim.

HR management is best peovided by individuals with specific education and background in that professional field. In general, transferring education professionals into those responsibilities deprives the district of experienced site leadership while not providing the district with senior managers best qualified for the position. In addition, recent events have highlighted the potential for conflicts of interest during contract negotiations that are less likely with a HR director who has not risen through the teaching ranks.

Pat Burt is a registered user.


Apparently school districts are required by state law for nearly all administrative positions to require an administrative credential which itself needs a teaching credential. This seems ripe for reform.

Report Objectionable Content
Email Town Square Moderator
7 people like this
Posted by PA Parent
a resident of Greenmeadow
on Oct 22, 2017 at 10:11 am

To Desparate Times:
Anne Brown was moved from Palo Verde because the principal at Barron park, at that time, was not working well for that school's climate and culture and teaching staff. There were two other principals that were switched at that same time. El Carmelo and Escondido -- also, again due to school climate and finding the right principal for the right fit.

Report Objectionable Content
Email Town Square Moderator
4 people like this
Posted by PA Parent
a resident of Greenmeadow
on Oct 22, 2017 at 10:14 am

To Desparate Times:
I forgot to add, yes, you're right, stating "not the best reasons." But not the reasons should refer to the other principal at the time. That principal was just not the right fit

So do we know when the new BP principal will be named? By Oct 31st when Anne moves on? And any thoughts on who it might be?

Report Objectionable Content
Email Town Square Moderator
11 people like this
Posted by Bandaid fix
a resident of another community
on Oct 23, 2017 at 5:33 am

The district and the board's motto we put kids first is so not true. Anne Brown is an amazing person and principal but again the district is putting a bandaid on a problem to fix a major screw up by administrators and the board by destabilizing an elementary school. A few years ago, they moved Anne Brown from Palo Verde to Barron Park and without appointing a principal. Palo Verde was without a principal for a whole year (not a big deal because the school is good enough and runs itself because of its fantastic teachers and community, but the school did have issues and the fifth grade class did not have a permanent principal to promote them which means a big deal to 10 year olds). However it felt odd and illogical that the district would move an administrator first and then start figuring out a replacement. Among the reasons the parents heard about why they were not able to find a principal was the district started the search late (again screwed up administration), the out of town folks who were appointed suddenly realized that being a principal in a Palo Alto School did not automatically qualify them for housing here and so they backed out. Palo Verde went through three principals (2 of them brought out of retirement and one who started off well but mysteriously disappeared half way without any explanation from the district ). Given how messed up our district is this new move seems a classic case of the right hand does not know what the heck the left is doing.

Report Objectionable Content
Email Town Square Moderator
4 people like this
Posted by Coach
a resident of Downtown North
on Oct 23, 2017 at 8:10 am

Ummm, I won't say that PA students are coddled, but if having an interim principal host your fifth grade promotion ceremony is a "big deal," that helps explain lack of resilience in later years. Rub some dirt on it, kid.

Report Objectionable Content
Email Town Square Moderator
4 people like this
Posted by Bandaid fix
a resident of another community
on Oct 23, 2017 at 9:45 am

You missed the point here I think. The point is not whether the kids are resilient or not. They all moved on and are fine although not having the principal you are used to seeing from kinder at your promotion was an issue because Anne was mostly well liked by the students. However for an elementary school parent who runs into issues and has to deal with a principal of the day or the month which is what happened at Palo Verde, who does not know you, your kid or your child's teacher, it makes a huge difference.

My larger argument is that the district does not seem to think a lot of or most things through. A principal especially an elementary school principal who spends time cultivating relationships with the community and getting to know kids and parents should not be moved without having a solid replacement in place which is what happened at Palo Verde and seems to be happening at Barron Park. And to move a principal, even temporarily, from the frontlines of a school with a significant ESL parent population and that too to fill a district admin position that was created because the higher ups did not or ignored to do the right thing is an even worse reason to destabilize an elementary school.


Report Objectionable Content
Email Town Square Moderator
11 people like this
Posted by Keep Calm
a resident of South of Midtown
on Oct 23, 2017 at 10:15 am

Please calm down. The district is more competent than we give them credit for. It's much easier to nitpick their shortcomings than to praise the mundane things that they do to keep everything rolling. There is probably a long term plan, but give it time. Instant answers never fix anything.

Report Objectionable Content
Email Town Square Moderator
2 people like this
Posted by PA Parent
a resident of Midtown
on Oct 23, 2017 at 10:18 am

Really not good news. Me Brown was definitely not the first choice for a principal position in Palo Alto. She only got the position because there were no better candidates, and it seem like she was the bottom of the tier that got hired that year. She has less than stellar reviews and handled many issues poorly. In fact, I’m surprised the District hasn’t had legal issues about some of her poor decisions. However it seems that she knows how to work the the system to her advantage. Good admins should be irreplaceable and stay with their schools to really make a difference! A personnel job needs very different skills than a School Principal. Maybe the DISTRICT could have done its homework (interviewed parents, staff, etc.) before giving a promotion that doesn’t seem to make sense.

Report Objectionable Content
Email Town Square Moderator
20 people like this
Posted by Never Happy
a resident of South of Midtown
on Oct 23, 2017 at 11:35 am

Can we as parents of Palo Alto students just acknowledge that we will never be happy with the school district? Ever step they take is in the wrong direction, even though hey have somehow managed to guide this district to a top state ranking. Their audacious practices are holding our dear students back! (Please note the sarcasm.)

Report Objectionable Content
Email Town Square Moderator
Like this comment
Posted by PAUSD is still in trouble
a resident of Another Palo Alto neighborhood
on Oct 27, 2017 at 4:18 pm

Anne Brown is lucky that she was able to be at Barron Park, that she has returned to the position that Cupertino let her go is a worrisome development. We simply are not attracting the best administrators.