Backyard lemon, lime, grapefruit and orange trees could be endangered by hard-to-see insect 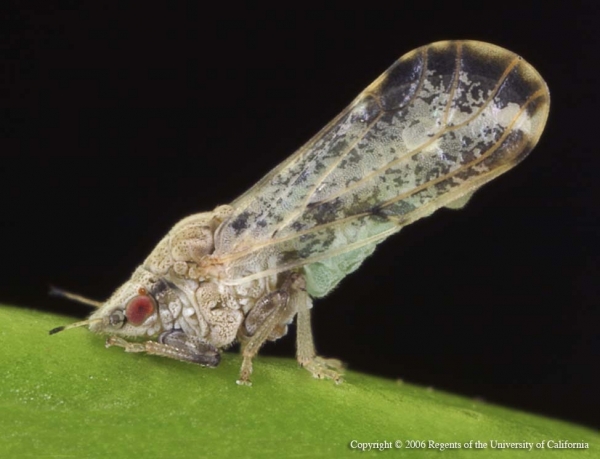 This magnified photo shows the Asian citrus psyllid, which is actually the size of a tiny grain of rice, feasting on tender green citrus leaves. The insects do not eat or harm the fruit. Photo courtesy of the University of California Agriculture and Natural Resources. 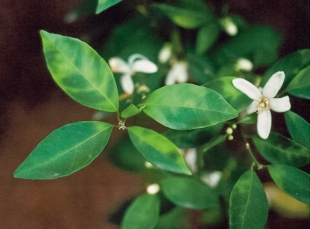 Leaves show signs of Huanglongbing disease as they go from green to yellow. Photo courtesy of the University of California Agriculture and Natural Resources.