The legend lives on

'The Prince of Egypt' delivers on its promise 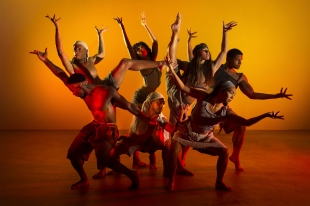 TheatreWorks' "The Prince of Egypt" takes a new twist on the biblical tale of Moses. Photo by Kevin Berne.