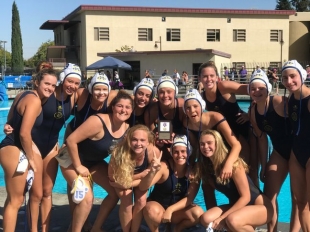 The school of the Sacred Heart canceled a tournament they were hosting and then invited themselves to a 3 game event that same weekend? The schools they were purportedly "hosting" get all those games? And didn't this Sacred Heart also lose a game in this new tournament of theirs? Why only reporting of wins. Strange things afoot there

Sports Guy is a registered user.


SHP lost to the nation's No. 1 team, Mater Dei (11-10) on Friday. There was an earlier story posted on that. SHP wasn't trying to hide anything, nor was the Weekly. Also, this was not a tournament. The North-South was cancelled due to health risks. Since 8 teams from Southern California came up for the tourney and probably had room reservations, they likely decided to stay. Thus, SHP (and Menlo) was able to schedule nonleague matches against some of the teams. That way the weekend wasn't wasted for any of the teams. And, if you're wondering why SHP seems to get more stories written than some of the other teams, it's probably because the Gators are the best in the CCS. If Paly or Gunn were No. 1, they'd get the same treatment, as any other local team would.

As a casual high school sports fan it seems to me water polo has become the least competivte of sports because of private school recruiting. Only a handful to CCS teams can compete.

Report Objectionable Content
Email Town Square Moderator
12 people like this
Posted by scotty
a resident of Green Acres
on Oct 15, 2017 at 8:09 pm

PA Online has a fever.....and the only prescription is more SHP water polo coverage!!

Report Objectionable Content
Email Town Square Moderator
2 people like this
Posted by SportsPerson
a resident of Midtown
on Oct 16, 2017 at 1:37 pm

Given the numerous likes of PaloPolos post, seems that they struck a real chord here.

What it means to "host" something. When the event you're hosting goes awry, you can do one of 2 things: a. you look out for yourself, or b. you can look out for those you were hosting.

The way of the Sacred Heart has now been shown.

Report Objectionable Content
Email Town Square Moderator
2 people like this
Posted by Changes
a resident of Old Palo Alto
on Oct 16, 2017 at 5:56 pm

Thankfully changes coming this year to CCS playoffs in water polo as an "open" division has been created like most other sports. Thus private schools that play under one set of enrollment rules can battle it out and public schools that are restricted by geographiy can play each other. Not perfect but a good step to address obvious lack of fairness in competition.