Pricey goods purloined by shoplifters in past week 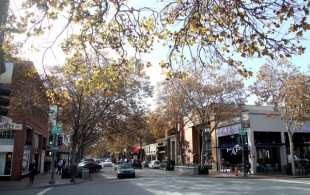 Nearly $2,000 worth of merchandise was taken from a downtown Lululemon Athletica store last weekend in separate shoplifting incidents that had similar suspect descriptions. Weekly file photo.

I can't decide what is more horrifying...the lack of integrity that motivates people to behave in such fashion, or the industry that perpetrates such offense with the obscene prices they set.

Clothing designed to fail in short order and priced insanely.

Note to these criminals, when the police come to arrest you, and they will, do what they tell you to do. It's for your own good.

Report Objectionable Content
Email Town Square Moderator
10 people like this
Posted by JLN
a resident of Charleston Meadows
on Oct 12, 2017 at 1:58 pm

JLN is a registered user.


The header for this article using the term 'purloined' seems a bit over the top. How about the good old adjective 'stolen'?

Report Objectionable Content
Email Town Square Moderator
4 people like this
Posted by JLN
a resident of Charleston Meadows
on Oct 12, 2017 at 2:00 pm

JLN is a registered user.


OOPS - The header for this article using the term 'purloined' seems a bit over the top. How about the good old VERB 'stolen'?

Report Objectionable Content
Email Town Square Moderator
6 people like this
Posted by Huh?
a resident of College Terrace
on Oct 12, 2017 at 2:07 pm


@Elizabeth...It's still a crime. But, yes, you would never read about people stealing racks of clothing from Kohls because a whole rack of their top end clothing wouldn't match two or three purses from the Burberry store. [Portion removed.] Capone explained why he robbed banks..."That's were the money is!" Same reasoning applies to why those stores are the most frequently hit. I'm pretty sure the culprits will eventually be identified, caught, and arrested. They probably think they're in the clear now and will do it again and again until they are caught. I'm always curious about the conversion into cash process. What would the items sell for on Craig's List, e.g.? Half price? Less? Not that I'm interested in any of those outlandishly priced items. I buy my T shirts at Kohls or Costco (Kirkland). Great shirts and great prices. Penney's were the best but that's just a fond fading memory.

rick is a registered user.


That was Willie Sutton, not Capone.

People steal things primarily as an insult to those of us who work for a living.
They always laugh.