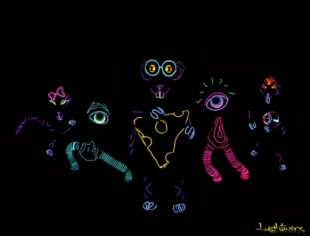 Editor's note: Lightwire Theater initially had a showing scheduled for 6:15 p.m. on Oct. 22, but the performance has since been canceled.


Sigh. A better story told by " The Mouse that Roared and The Mouse on the Moon ". Some real politics at the time were parodied. Both are good rentals.