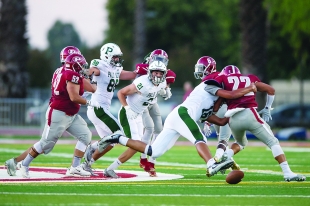 Palo Alto schools are canceling athletic practices or moving them indoors because of the thick smoke that's drifted down from the North Bay wildfires. File photo by Karen Ambrose Hickey.

I wonder how many parents considered or actually threatened legal action against PAUSD today! Shaking my head all day long...