Give it to me straight, docs | News | Palo Alto Online |

Give it to me straight, docs 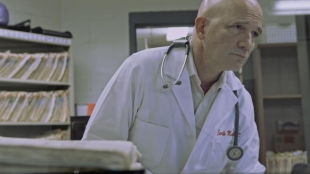 Stanford professor Lauren Knapp helmed "The Sandman," an investigation into the work of an attending physician for Georgia's executions. Image courtesy UNAFF